Need to BREAK ADDICTION? ~ Try this simple prayer each day. 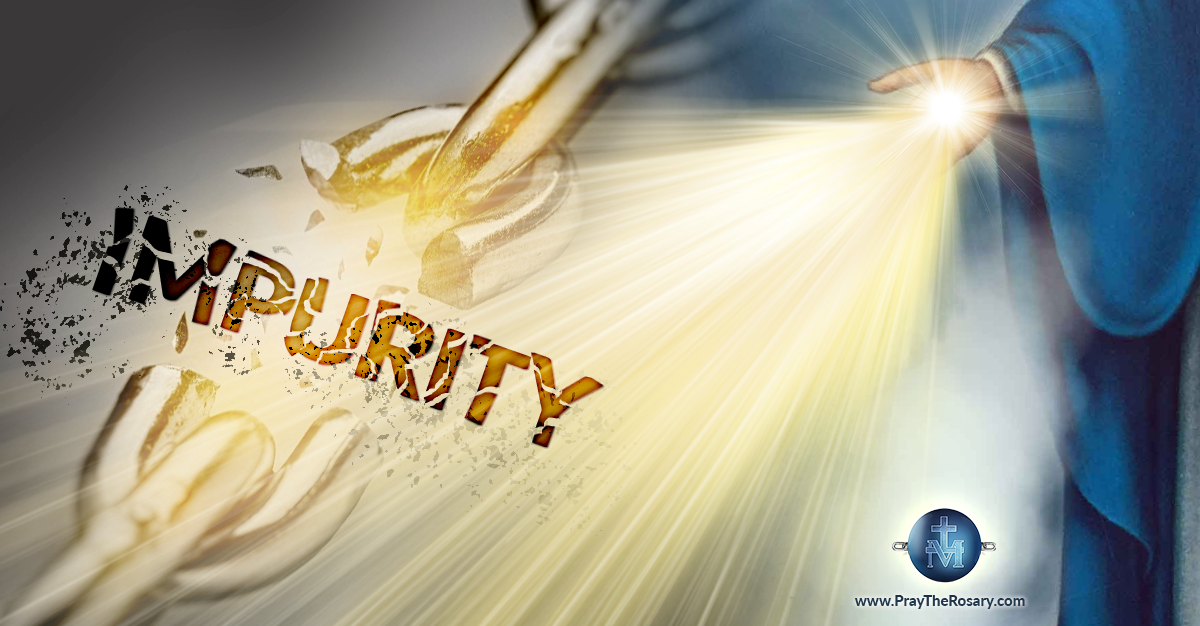 The POWER of the Hail Mary

There was a young man in Rome who was burdened with sins of impurity and who was a victim of vicious habits. He went to Fr. Nicholas Zucchi to confession. The confessor received him kindly and assured him that devotion to Our Lady could deliver him from the miserable habits to which he was addicted.

He therefore imposed this penance on him: to say one Hail Mary to the Blessed Virgin every morning on rising and every evening on going to bed until his next confession. While doing that he was to offer Mary his eyes, his hands, and his whole body, begging her to preserve them as something belonging to herself; also he must kiss the ground three times.

The young man performed the penance, but at first there was only a slight improvement. The confessor continued to impose the same penance, and encouraged him to increase his confidence in the intercession of Our Lady.

In the course of time, the penitent left Rome with some companions and toured the world for several years. On his return, he again sought out his confessor who, to his great joy and admiration, found that the young man was entirely changed and free from his former evil habits.

“My son,” he asked, “How did God bring about this wonderful change in you?”

The youth replied, “Father, our Blessed Mother obtained this great grace for me because of that little devotion you taught me.”

But that is not all. With the penitent’s permission, the same confessor told the story in one of his sermons. A captain who for many years had carried on an improper relationship with a woman heard it. He resolved to practice the same devotion in the hope that he would be delivered from the horrible chains that bound him a slave to the Devil. He too gave up his wicked ways and changed his life.

But there is still more. After six months, foolishly relying too much on his own strength, the captain went to pay a visit to the woman to see if she also had been converted. But when he came up to the door where he was in obvious danger of relapsing into sin, an invisible power drove him back and he found himself a whole block away from the house – in fact, in front of his own door. He then clearly understood that the Virgin Mary had delivered him from danger.

These examples show us how solicitous our Heavenly Mother is, not only to draw us away from a state of sin if we appeal to her with this good purpose in mind, but also to deliver us from the danger of falling back into sin.