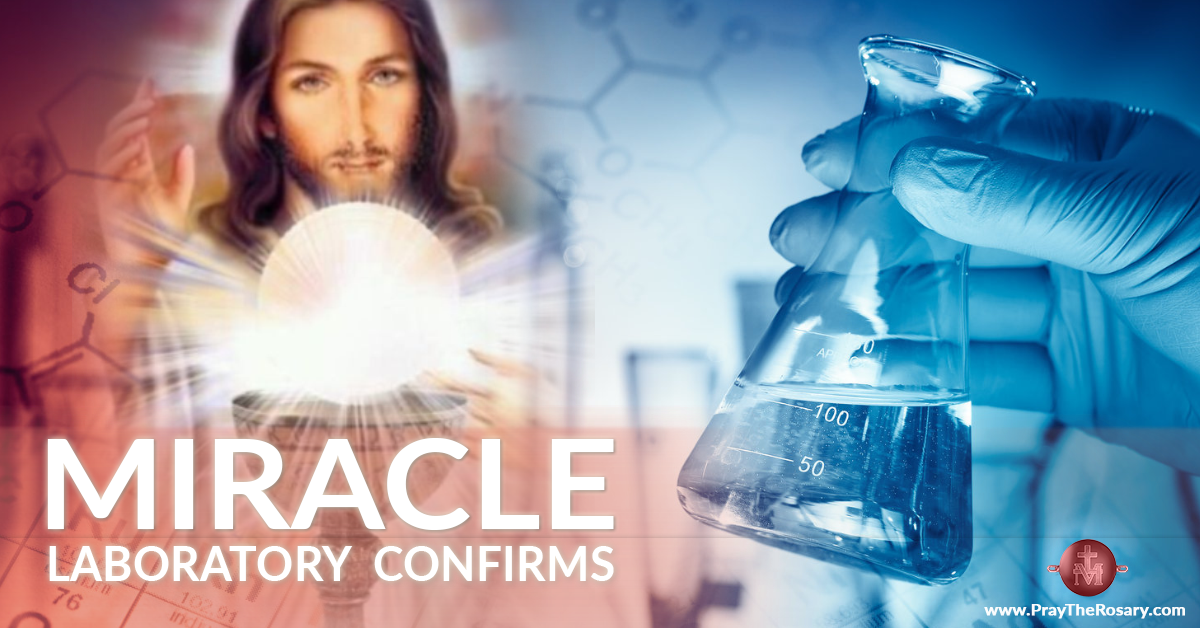 Every day, on the altars of Catholic churches around the world, the greatest miracle possible takes place: the transformation of bread and wine into the true Body and Blood of Christ.Nonetheless, when we receive Communion, we can only touch its true nature with our faith, because our senses only perceive bread and wine, physically unaltered by the consecration.

What are the implications, then, of the Eucharistic event in Sokolka, Poland?

It took place on Sunday, October 12, 2008, two weeks after the beatification of Servant of God Fr. Michael Sopocko.

During the Holy Mass celebrated at the parish church of St. Anthony in Sokolka, at 8:30 a.m., a consecrated host fell from the hands of one of the priests during the distribution of Communion, next to the altar. The priest interrupted the distribution of Communion and picked up the host, and, in accordance with liturgical norms, placed it in a small container of water—in this case, one found in some churches beside the tabernacle, where the priest may wash his fingers after distributing Communion. The host was expected to dissolve in the water, which would later be disposed of properly.

Sister Julia Dubowska, of the Congregation of the Eucharistic Sisters, was the parish sacristan. At the end of the Mass, at the request of the pastor, Fr. Stanislaw Gniedziejko, she poured the water and the host into another container. Knowing that the consecrated host would take some time to dissolve, she placed the new container in the safe located in the parish sacristy. Only she and the pastor had the keys to the safe.

A week later, on October 19, Mission Sunday, when the pastor asked her about the condition of the host, Sister Julia went to the safe. When she opened the door, she noticed a delicate aroma of unleavened bread. When she opened the container, she saw, in the middle of the host—which was still largely intact—a curved, bright red stain, like a blood stain: a living particle of a body. The water was untainted by the color.

The sister immediately informed the priest, who brought in the other priests at the parish and the visiting missionary, Fr. Ryszard Gorowski. They were all amazed and left speechless by what they saw.

They kept a discreet and prudent silence about the event, considering its importance; this was a consecrated host which, by the power of the words of Christ at the Last Supper, was truly His Body. From a human point of view, it was difficult at that point to define if the altered form of the remainder of the host was the result of an organic growth, a chemical reaction, or some other cause.

They immediately notified the metropolitan archbishop of Bialystok, Edward Ozorowski, who went to Sokolka with the chancellor of the Curia and other diocesan officials. They were all deeply moved by what they saw. The archbishop ordered that the host be protected while they waited to see what would happen.

On October 29, the container with the host was transferred to the Divine Mercy Chapel in the rectory, and placed in the tabernacle. The next day, by decision of the archbishop, the stained host was taken out of the water and placed on a small corporal, which was then put back in the tabernacle. The host was kept this way for three years, until it was solemnly brought to the church on October 2, 2011. During the first year, it was kept secret. During that time, the Church authorities reflected on what to do, since they were dealing with a sign from God which needed to be interpreted.

By mid-January of 2009, the altered fragment of the host had dried out naturally, and remained like a blood stain or clot; since then, its appearance has not changed. 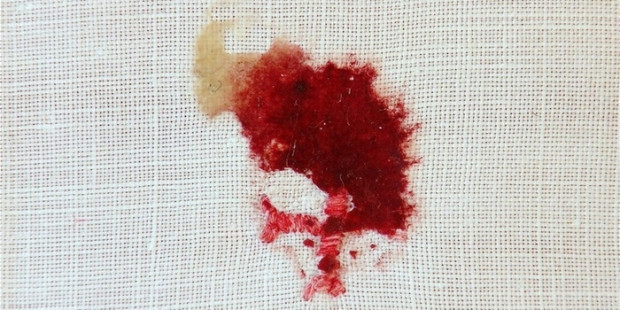 That same month, the archbishop requested histopathological studies be done on the host. On March 30, he created an ecclesial commission to study the phenomenon.

A piece of the altered host was taken and analyzed independently by two experts, Prof. Maria Sobaniec-Lotowska, MD, and Prof. Stanislaw Sulkowski, MD, in order to ensure the credibility of the results. Both are histopathologists at the Medical University of Bialystok. The studies were carried out at the university’s Department of Pathomorphology.

The specialists’ work was governed by the scientific norms and obligations for analyzing any scientific problem in accordance with the directives of the Scientific Ethics Committee of the Polish Academy of Sciences. The studies were exhaustively described and photographed. The complete documentation was given to the Metropolitan Curia of Bialystok.

When the samples were taken for analysis, the undissolved part of the consecrated host had become embedded in the cloth. However, the red blood clot was as clear as ever. This transformed part of the host was dry and fragile, inextricably interwoven with the rest of the fragment, which had kept the form of bread. The sample that was taken was large enough to carry out all the necessary studies.

The results of both independent studies were in perfect agreement. They concluded that the structure of the transformed fragment of the host is identical to the myocardial (heart) tissue of a living person who is nearing death. The structure of the heart muscle fibers is deeply intertwined with that of the bread, in a way impossible to achieve with human means, according to the declaration of Prof. Maria Sobaniec-Lotowska.

The studies proved that no foreign substance was added to the consecrated host; rather, part of the host took the form of heart muscle of a person near death. This kind of phenomenon is inexplicable by the natural sciences. At the same time, the Church teaches us that the consecrated host becomes the Body of Christ, by the power of His own words at the Last Supper, repeated by priests during the consecration of the Mass.

The results of the histopathological studies, dated January 21, 2009, were included in the dossier given to the Metropolitan Curia of Bialystok.

In its official communiqué, the Metropolitan Curia of Bialystok stated:

“The Sokolka event is not opposed to the faith of the Church; rather, it confirms it. The Church professes that, after the words of consecration, by the power of the Holy Spirit, the bread is transformed into the Body of Christ, and the wine into His Blood. Additionally, this is an invitation for all ministers of the Eucharist to distribute the Body of the Lord with faith and care, and for the faithful to receive Him with adoration.”

The Imitation of Christ

~ www.PrayTheRosary.com ~ The Power of One Holy Mass

Posted by Pray The Rosary – Praytherosary.com on June 13th, 2019

9 AMAZING reasons YOU should never miss ...