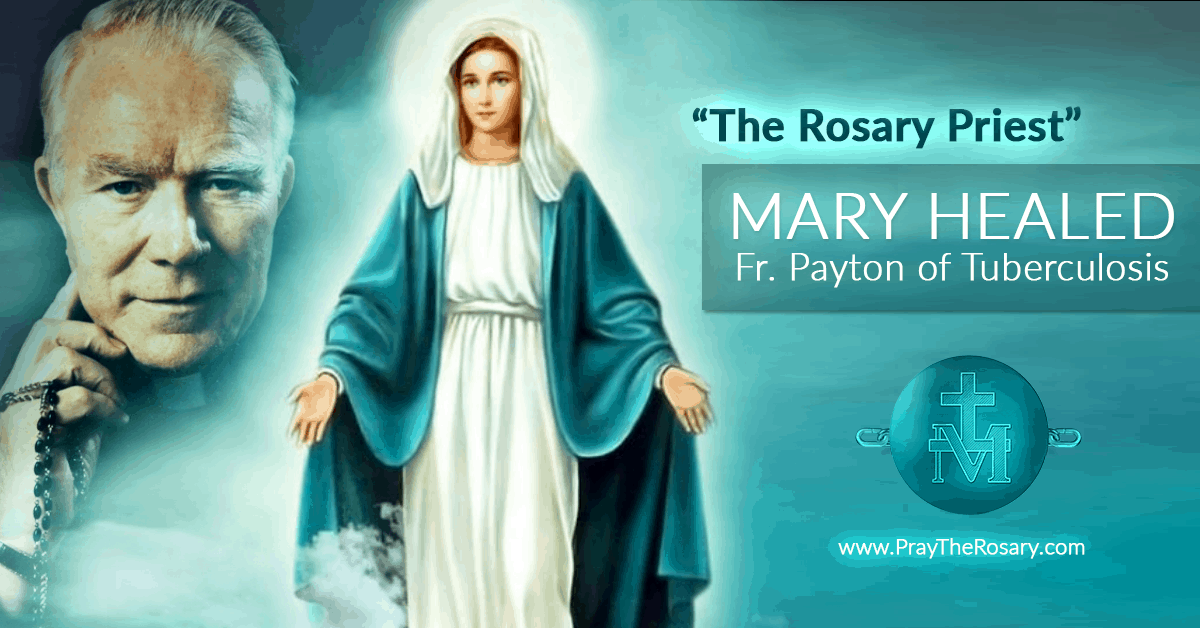 Praying the Rosary led to his healing

Servant of God Fr. Patrick Peyton became known as the Rosary Priest. In 1938, after he had immigrated to the United States from Ireland but before he was ordained, he became very ill and was diagnosed with advanced Tuberculosis, which was incurable at the time.

After his sister suggested that he pray to Blessed Mother for her intercession, he consecrated himself to Mary and began devoutly praying the Rosary. To the astonishment of his doctors, he was completely and miraculously cured, and he promised Blessed Mother that he would spend his life promoting the Rosary.

The popular priest, who coined the phrase “The family that prays together stays together,” encouraged many to pray the Rosary.  He was one of the pioneering television evangelists who used the medium to further God’s Kingdom. In 1992, he passed away peacefully with a rosary in his hands, and he’s now being considered for sainthood.