“Dear Dominic, do you know which weapon the Blessed Trinity wants to use to reform the world?” 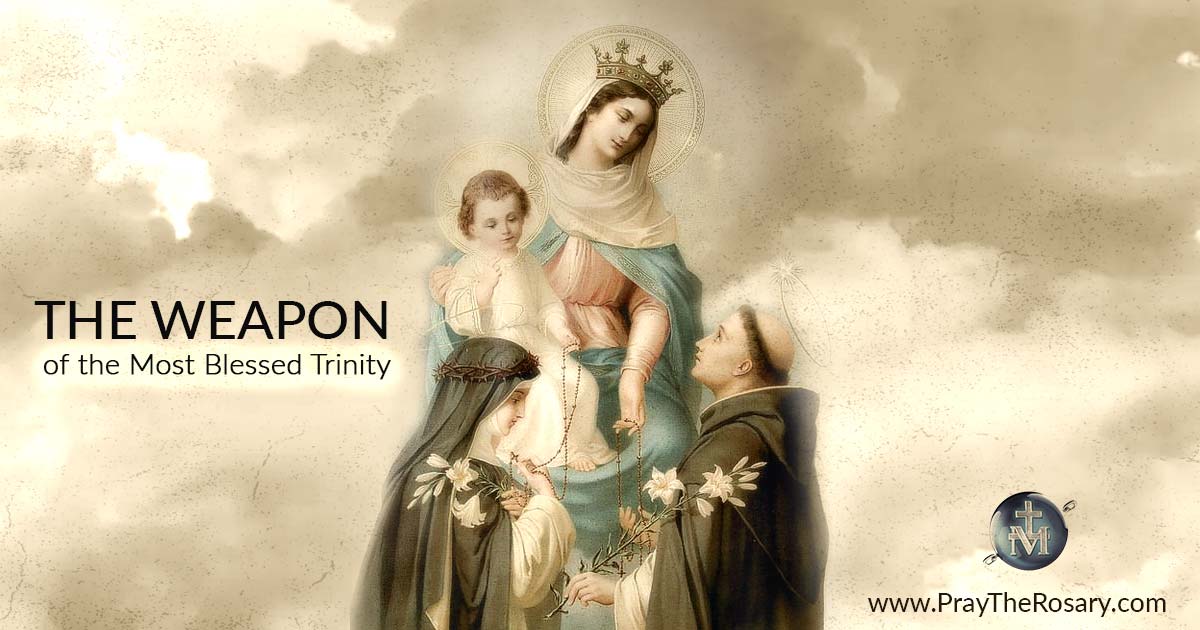 [vc_row][vc_column][vc_column_text] In the year 1214 Saint Dominic, seeing that the gravity of people’s sins was hindering the conversion of the Albigensians, withdrew into a forest near Toulouse where he prayed unceasingly for three days and three nights. During this time he did nothing but weep and do harsh penances in order to appease the anger of Almighty God. He used his discipline so much that his body was lacerated, and finally he fell into a coma.

At this point Our Lady appeared to him, accompanied by three angels, and she said:

“Dear Dominic, do you know which weapon the Blessed Trinity wants to use to reform the world?”

“Oh, my Lady,” answered Saint Dominic, “you know far better than I do because next to your Son Jesus Christ you have always been the chief instrument of our salvation.”

Then Our Lady replied:

“I want you to know that, in this kind of warfare, the battering ram has always been the Angelic Psalter which is the foundation stone of the New Testament. Therefore if you want to reach these hardened souls and win them over to God, preach my Psalter.”

So he arose, comforted, and burning with zeal, for the conversion of the people in that district he made straight for the Cathedral. At once unseen angels rang the bells to gather the people together and Saint Dominic began to preach.

At the very beginning of his sermon an appalling storm broke, out, the earth shook, the sun was darkened, and there was so much thunder and lightning that all were very much afraid. Even greater was their fear when looking at a picture of Our Lady exposed in a prominent place they saw her raise her arms to heaven three times to call down God’s vengeance upon them if they failed to be converted, to amend their lives, and seek the protection of the Holy Mother of God.

God wished, by means of these supernatural phenomena, to spread the new devotion of the Holy Rosary and to make it more widely known.